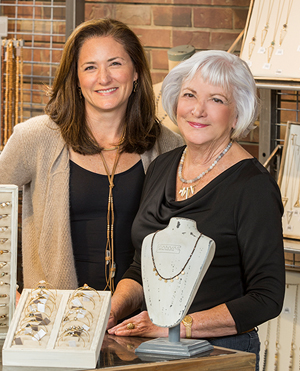 Vicki Darrah started in the business fresh out of college as an executive trainee in merchandising at Bloomingdales in New York City.  Upon completing the training program, she became an assistant buyer in the Children’s apparel area of Bloomingdales. In 1967, after getting married she went with her husband, who was enlisted in the Army, to Louisville, KY where she worked as an assistant buyer for a small local department store, Bycks.  Upon his release from the Army they moved to Atlanta, GA and she continued her buying career at Rich’s Department store.  She took some time off to have 2 daughters and then became a sales rep working for DBI, a rep agency co-owned by a former colleague at Rich’s.  Vicki was an instant success.  Her territory was metro Atlanta which has historically been, and still is, one of the most difficult territories to conquer in the Southeast.  Through her dedication, perseverance, and sheer love of the business she quickly became DBI’s top rep.

After 12 years with DBI she had an opportunity to buy a small agency, Louise Allen, in 1989.  The agency specialized in paper and party products but through the years Vicki has dramatically changed her offerings and we now specialize in Gift, Home Accents, Garden and Children’s gifts. Several years ago, through a merger with DBI, Darrah & Company, Ltd. added several thousand square feet to the existing space on the 18th floor of the Americas Mart.

In 2002 her younger daughter, Lindsay DeMyer, started working in the business alongside her mother.  She had a natural love for the business and now is the President of the company running its’ day to day operations.

In 2015, after almost 15 years since working with the company in the early 2000s, her older daughter, Ashley, started working part-time handling the finances and HR. In early 2021, she started working full-time and began growing the marketing side of the company. She now oversees Finance, HR, and Marketing for Darrah.

Darrah and Company occupies the premier spot in Atlanta.  We are located on the 18th floor of building 2 at the top of the escalators.  Darrah & Company has earned a reputation in the industry as one of the best agencies in the country.  They employ a top notch sales force, showroom staff and management team.